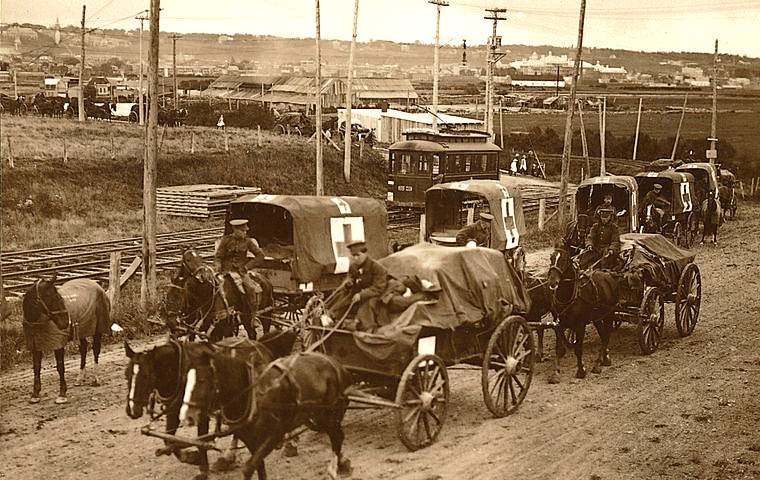 Global conflict in the 20th century brought a need to develop new techniques to treat injuries to the face and jaw.

There is evidence of neolithic dentistry, as far back as 13,000 years ago. Early Egyptian society took this further and maxillofacial techniques appear in works by Hippocrates, a leading 5th century BC Greek physician.

When Arab armies invaded the Indian province of Sind in the 8th century, they discovered written works which may predate Hippocrates. These describe a range of surgical options, including skin flap surgery to repair facial damage.

The Indian texts were translated into Arabic and Persian, adding to their relatively advanced medical understanding. Later observations by British surgeons in India were also shared, having an influence on European plastic surgery.

Europeans had themselves recognised the importance of knowledge, from military surgeons accompanying the crusaders, to the formation of barbers guilds, to more formal 16th century medical works.

Ambrose Pare, a French barber surgeon, published important papers to spread knowledge. Others developed surgical tools, or ways to cope with infection, or disease, such as the 17th century English doctor, Thomas Sydenham.

The reality is that knowledge has grown in many parts of the world and thankfully been shared. Man’s wish to treat such an important part of the anatomy has existed for millenia.

The term “maxillofacial” came into use during the 19th century, a construct of the Latin maxillo (jaw) and facialis. Although there are cases in both directions, most early oral and maxillofacial surgeons were doctors, rather than dentists.

Some obtained a dental degree to add to their medical degree, becoming dentally trained oral surgeons. A practice which became the rule in a number of countries, where maxillofacial consultants are required to hold both qualifications.

Around the same time as the speciality was emerging, improvement in anaesthetics made more treatment possible. This cross profession cooperation began in 1846, a dentist anesthetised a patient, whilst a medical surgeon removed a tumor from their salivary gland.

Both professions changed to a degree around this time, the first use of terms such as “oral surgeon” and “dental surgeon” emerged. The best known treatise on diseases and surgery of the mouth was published in 1869, others soon after.

Progress continued to be made in the following decades, although technological development and world events would have a significant impact.

Understanding of the relationship between the teeth, mouth and general health became more established. The first oral surgical hospital intern was appointed in 1937, the science of disease and infection took leaps forward. They all made a difference but two world wars would make more.

In the first, doctors began to develop specialist techniques to deal with blast injuries on a massive scale. To ensure survival and for perhaps the first time at a common level, to consider patients future function and appearance.

The second world war saw oral and maxillofacial surgeons emerge as a major and vital speciality. Years of conflict and the aftermath required specialists who could deal with jaw lacerations, fractures, or deformity, or dentoalveolar surgery.

An acceptance of the work leaders in the medical profession had carried out for some time, for their patients and the future of medical science.

The maxillofacial field has transformed lives and been transformed by technology, from computerisation, to digital imaging. Apart from direct treatment, both help to share knowledge faster than in ancient times and stimulate research.

Will we get to the stage where a quick injection of tailored stem cells brings the growth of a new body part, or individual genetic analysis provides the perfect personal cure.

The answer to both is probably yes, although history has proven that time needed to make such dreams reality is often longer than expected. Neither are they likely to be divorced from in depth knowledge, or offered purely by robots.

Humans supplying human medicine is more than tradition and spans continents, with international initiatives taking knowledge forward. Helping to make a return to health work in ways we can not program in.

We believe our consultants will be here to serve you for decades to come. Perhaps the time will arrive where your face is submerged in a cloud of nanobots for a surgical clean up but so much more will also be needed.